A Cyprus Spit Grill is a traditional charcoal BBQ from Cyprus where it is known in the local language as a foukou grill. Traditionally it was used to cook small chunks of meat about the size of a clenched fist called kontosouvli, however as Cyprus Spit Grills become more widely known and used in the community, they are now used to cook all types of meat.

The Cyprus Spit Grill is the most versatile spit available in the Australian market. It allows its users to cook whole chickens, roasts, legs of lamb, gyros or kontosouvli on the 3 large skewers along the top. Cook a mixture of meat or vegetable kebabs on the smaller skewers down the bottom. Or chargrill steaks on the grilling rack. 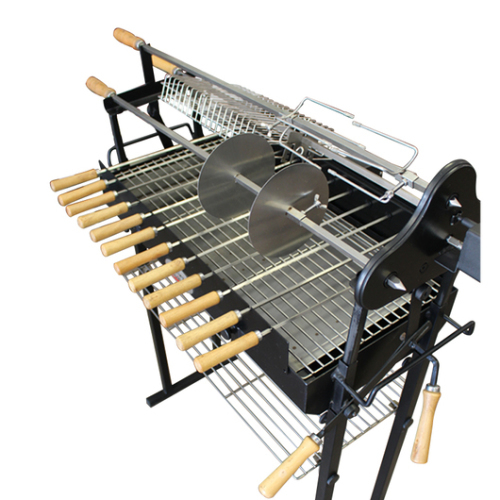 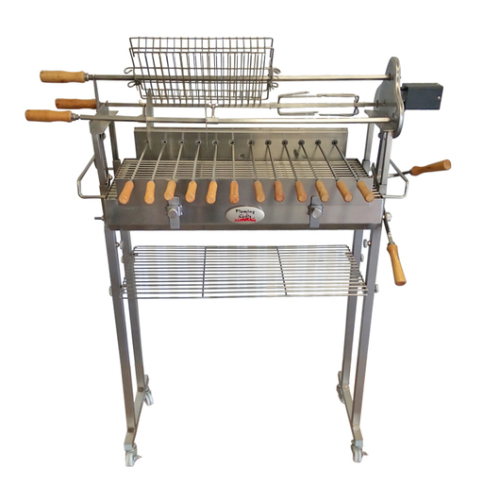